After some time of consideration and re-working, I decided to publish my seasons 1-3 Voyager maps on this site.

The maps are from Geoffrey Mandel's excellent work "Star Charts". However, I've taken the liberty to correct some obvious errors which were in "Star Charts", like some essential objects missing and some objects placed in the wrong order.

I've also included objects from the seasons 1-3 Voyager Pocketbooks on the map which can be interesting for those who like the books. I've placed all objects in regard to the Timeline which I've created.

The numbers near each object are Stardates which are the same as in the Timeline.

The yellow line on the maps is of course the route of USS Voyager. 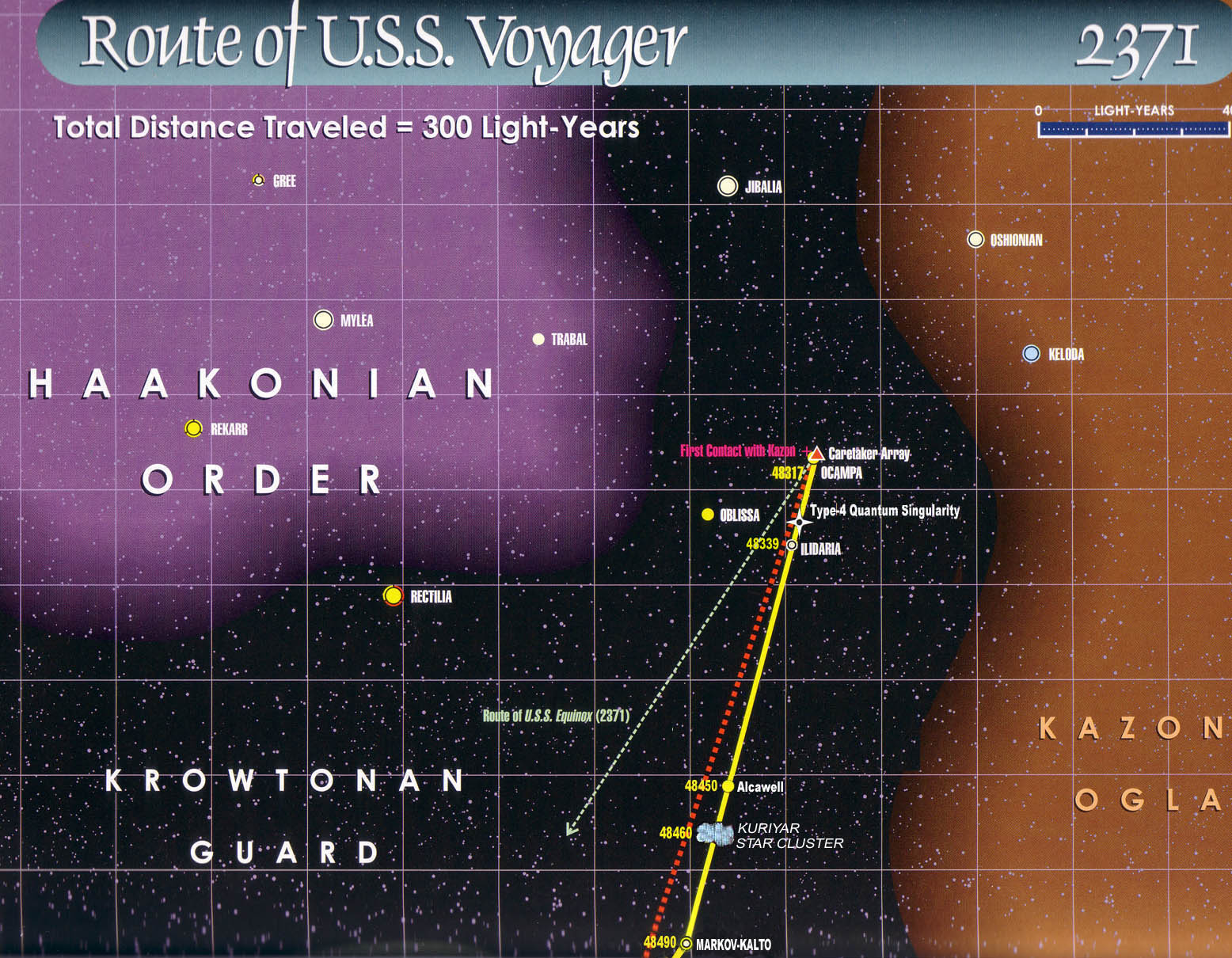 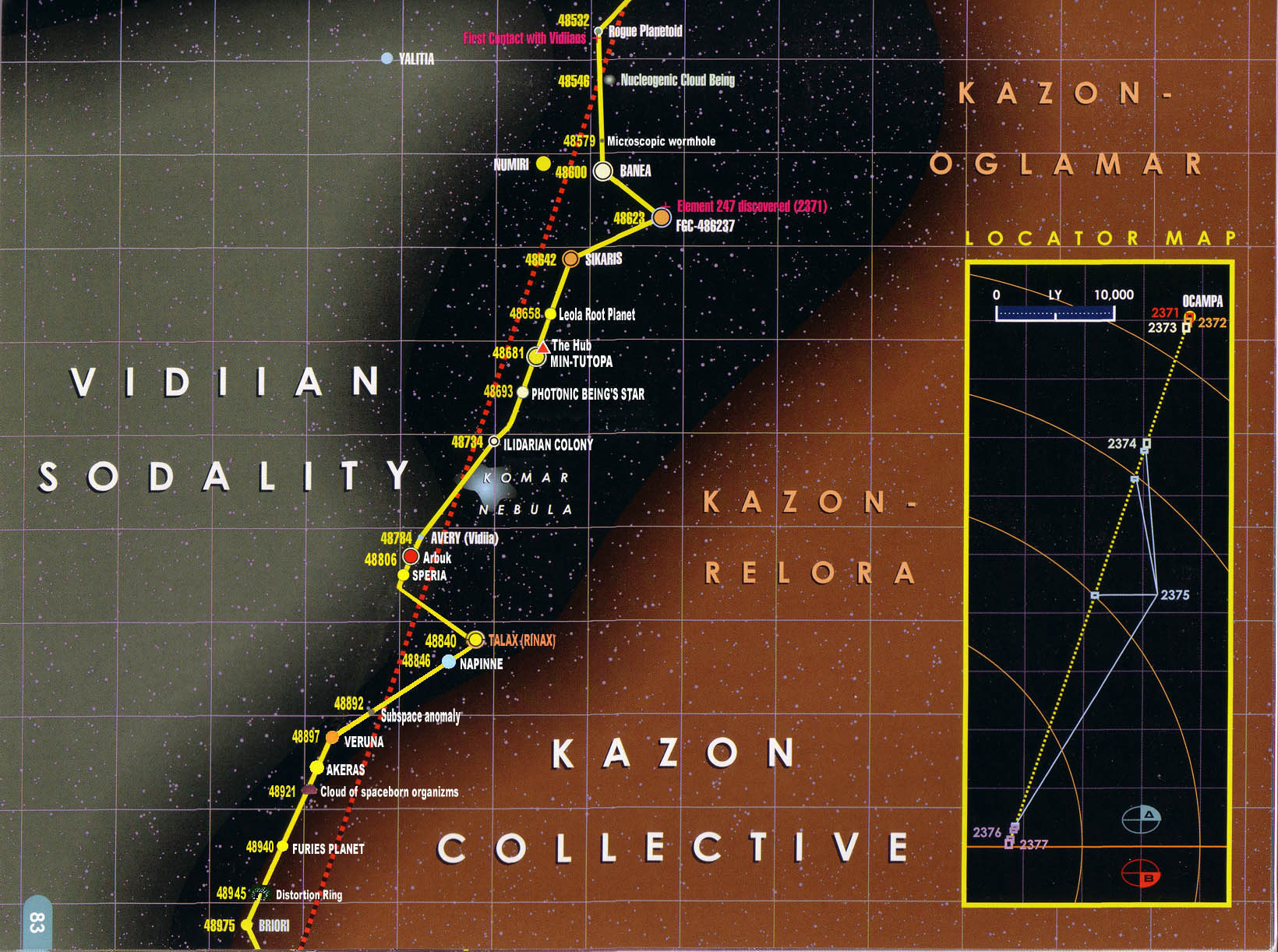